I  am a passionate leader who has a fierce strength and perseverance that allows me to use my creativity to take on life’s challenges. I am all or nothing and my energy is palpable. I am unafraid to try the new and tend to have a mama bear protection over those I loves. Cheering others on and speaking truth into them is something I do without restraint. I use my abilities of advocacy to lift others up and empower them to reach for the life they desire.

She is bold. She is whimsical. She owns it.

(or at least thats what I shoot for most days)

Growing up Bree observed the family around her continuously struggling with their relationships with food. She was use to eating on the run, eating whatever she could (thanks to a teenage metabolism and intense dance regime), and home cooked meals were typically cooked with tools like a microwave and a George Foreman. Coming from a single father home meant if Bree was dressed and fed she was good to go! Education on health and learning to cook was something that Bree did not acquire until later in life.

Coming from a family of lifetime dieters Bree struggled to accept the diet lifestyle. No one was talking about life after and Bree knew there must be another option other than diets, restrictions, hating what your eat, and suffering for the sake of losing weight.  Weight Watchers, Atkins, and the Fast Metabolism Diet for life did not sound appealing but Bree had only ever been taught that obtaining optimal health = diets. 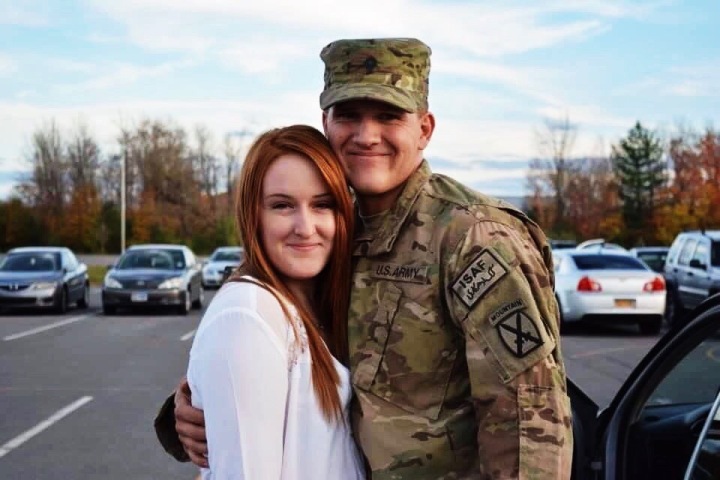 The Army moved Bree and her husband to New York in 2010. This was the first time her and her husband were far from family. Freedom was present and old habits followed. This meant stocking the fridge and pantry with childhood favorites, continuing to eat whatever (despite a change in metabolism), and inconsistently checking in at the gym. Her and her husband continued to talk about getting their eating in control one day but one day never seemed to come. She thought the struggle would be present forevermore.

Bree had gained 70 pounds in 7 years. She had lost her shine and sparkle and who Bree really was. Wrapped in the whirlwind and letting the current move her as it pleased is how Bree can describe this season of life. Instead of facing issues that had arose head on she continued to cope with distractions, adventure, and busyness.

In 2016 Bree was working full-time, going to school full time, volunteering, and on the verge of burnout. In true Bree fashion life was crazy and she thought why not take on a challenge (as if she wasn’t already) and as a last-ditch attempt to try to get a handle on poor eating habits she attempted the Whole30 in summer of 2016.

She felt great, she saw progress, she gained confidence, but she did NOT reintroduce foods to see how her body would respond. Why? Because she was still in the mindset that the Whole30 would be a quick fix that would solve all her problems and after 30 days life could resume as regularly scheduled.

It was later that year that her husband became very ill and life came to a halt. Bree left her job at the Department of Child Safety to become a caregiver for her husband who had sustained wounds during his deployment that began to overtake everyday life. Her first reaction to her husband’s health decline was that she needed to take care of herself.

Over the next two years she continued to do Whole30s and attempted to change her mindset and relationship with food. During this time she was advocating for her husband and his needs, researching treatments and therapies that would help him progress, and supporting him as he began the journey to find a new norm and heal from war wounds. She did not know it and neither did her husband but they were both mourning the loss of what was and forging forward to create what could be. The odds felt stacked against them but they weren’t going down without a fight.

In 2018 Bree knew she needed something drastic to move her out of the two steps forward and two steps back dance. She decided doing the Whole30 for 100 days could be a tool to get the breakthrough she was looking for and would allow for her to begin a regular practice of self-care. She announced this new venture to her husband and to her surprise he said he would join. This was surprising to Bree as her husband had attempted to do Whole30s in the past but was unable to give up certain foods/eating patterns as it had become one of his coping skills.

Together they began their journey of a Whole30 for 100 days! Bree had done Whole30s before so her love for coaching came when she began to help her husband through the Whole30, teaching him the ins and outs, and challenging his behaviors around food! They successfully completed their goal. 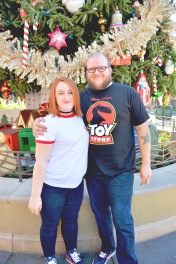 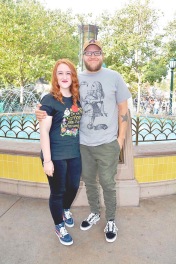 The momentum and victory Bree observed in her husband was something she had not seen in years!

Increased confidence and self-worth, follow through, and the belief that he could step into a better norm were just a few of the MANY non-scale victories Bree witnessed in her husband. Nothing to date in his journey had produced this kind of result.

She had to pass this on to others in need.

In June of 2018 Bree applied for the first ever Whole30 sponsored scholarship that targeted creating more diversity within the Whole30 community. Bree’s vision was to use her Whole30 coaching qualifications to reach veterans and their loved ones. She knew that gifting this tool to those who had sacrificed for our country could produce results desperately needed for improved quality of life.

Often times our veterans are struggling with poverty, mental illness, and disabilities from time of service. The access to quality care can be scarce and/or difficult to access making veterans stop the journey to healing before it has even started.

“I’ve come across vets who feel as though their health is such a minute thing to worry about in comparison to the scenarios they have been exposed to. Why bother with health? Does it really matter in the grand scheme of life? These are the questions being asked. It is not until a veteran or family member is exposed to the victories and the ripple effects from investing in themselves again that they begin to believe that a better quality of life is possible and has the possibility to unlock even more doors.”

Today you can find me continuing to practice self-care and personal growth. My husband  and I live the Arizona life with our two dog children and make the conscious effort to invest in the right things such as our health and relationships! Stewarding what we have been given well is important to us. Still very much on our journey to better health we are not immune to set back or failure but the crippling effects that once seemed to have a strong hold on our lives has loosened its grips. The fight is strong in both of us and I am on a mission to change my family history and lift up those around me into their own greatness. Sean is a good man and my biggest supporter. He entertains my wildest heart’s desire which is very much appreciated! I get to be the most authentic thanks to him!

Note: The inspiration for Strawberry Shields is a combination of old soul meets play on words, family love, and her iconic fiery red hair! 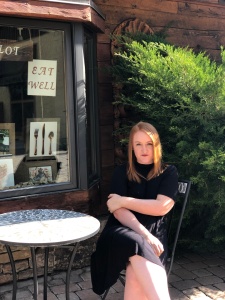 I am a Whole30 certified coach, lover of  the new and often seeking the adventurous, I’m known to persevere, and leave no stone unturned.  I love my red hair passed down from my grandma and the passion that rumor says comes with it! Keep reading more of my story…

Some people may call me extra. I call me Bree.